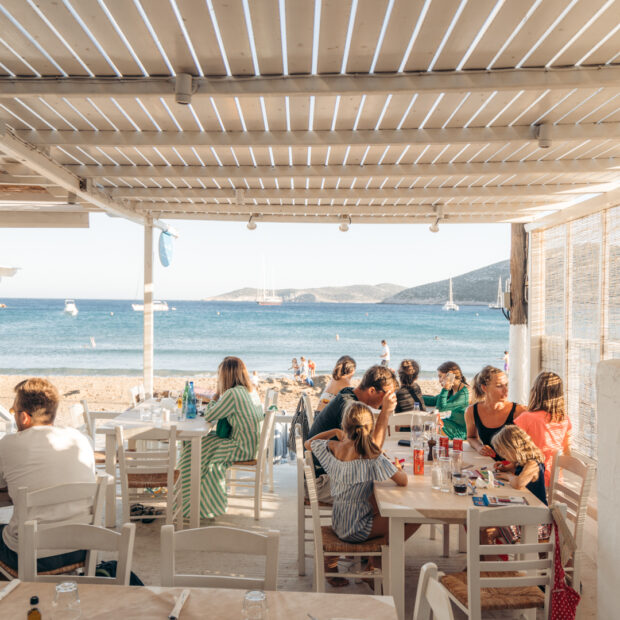 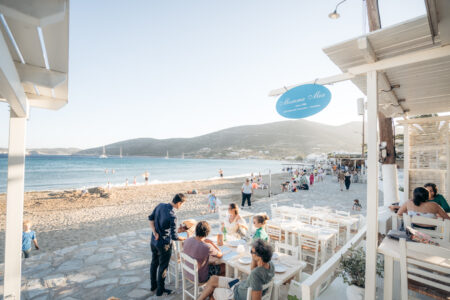 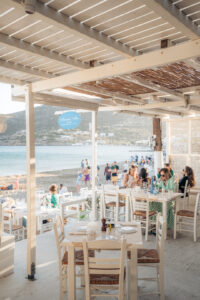 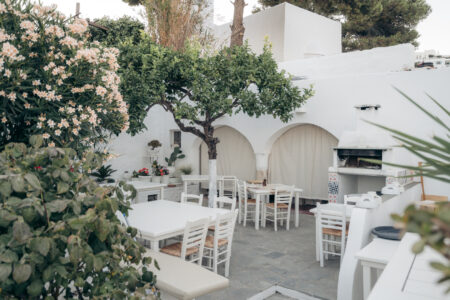 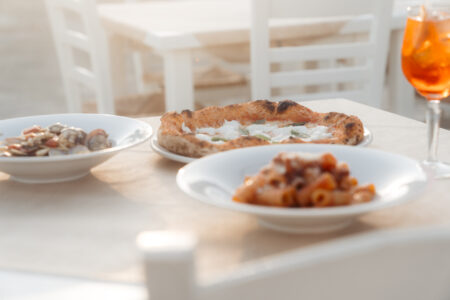 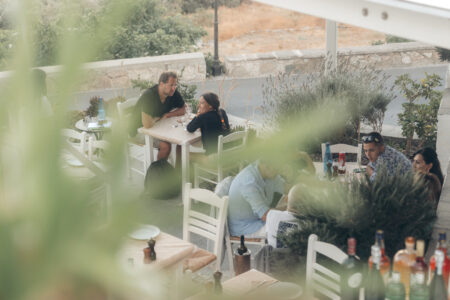 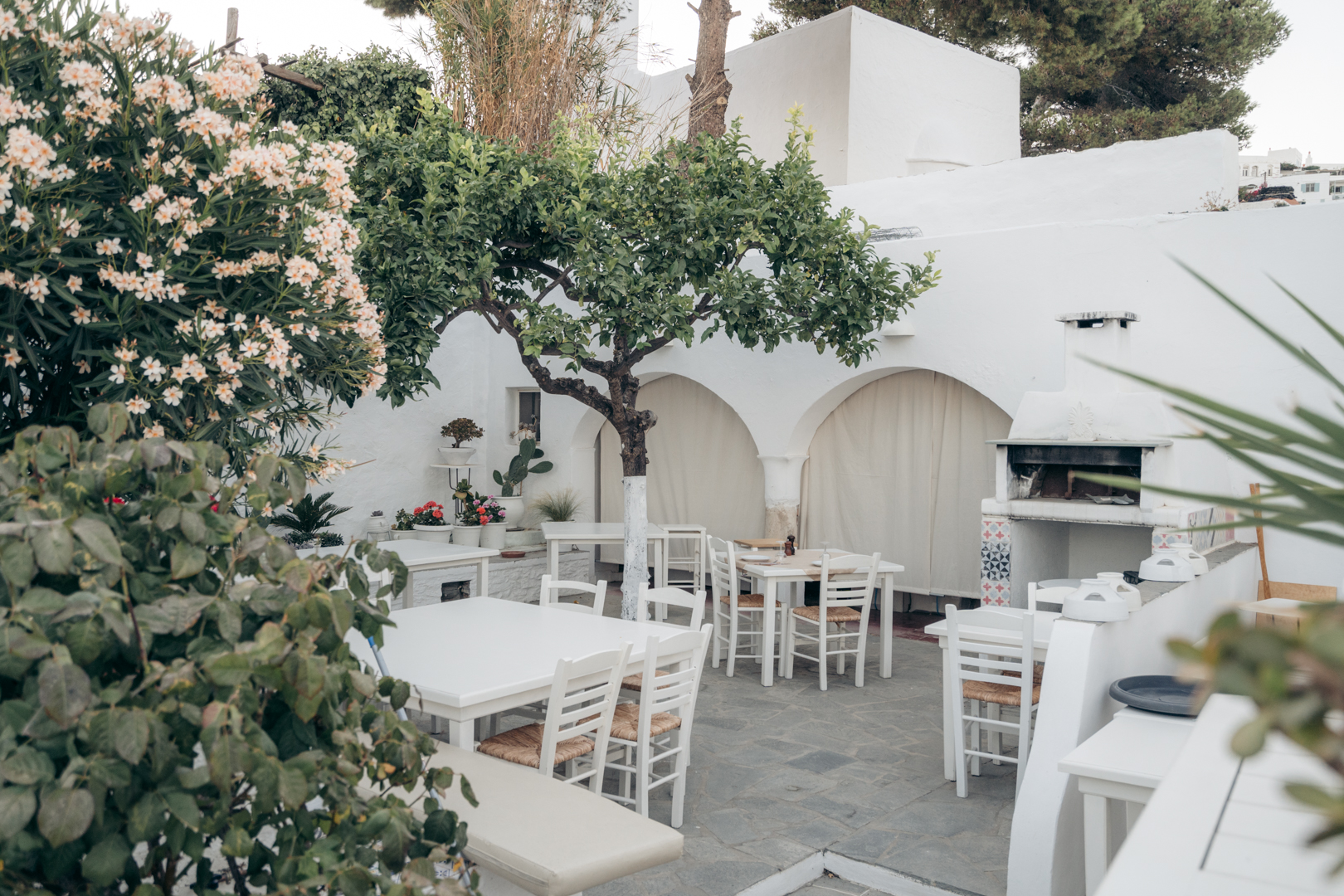 See you next summer
Platis Gialos 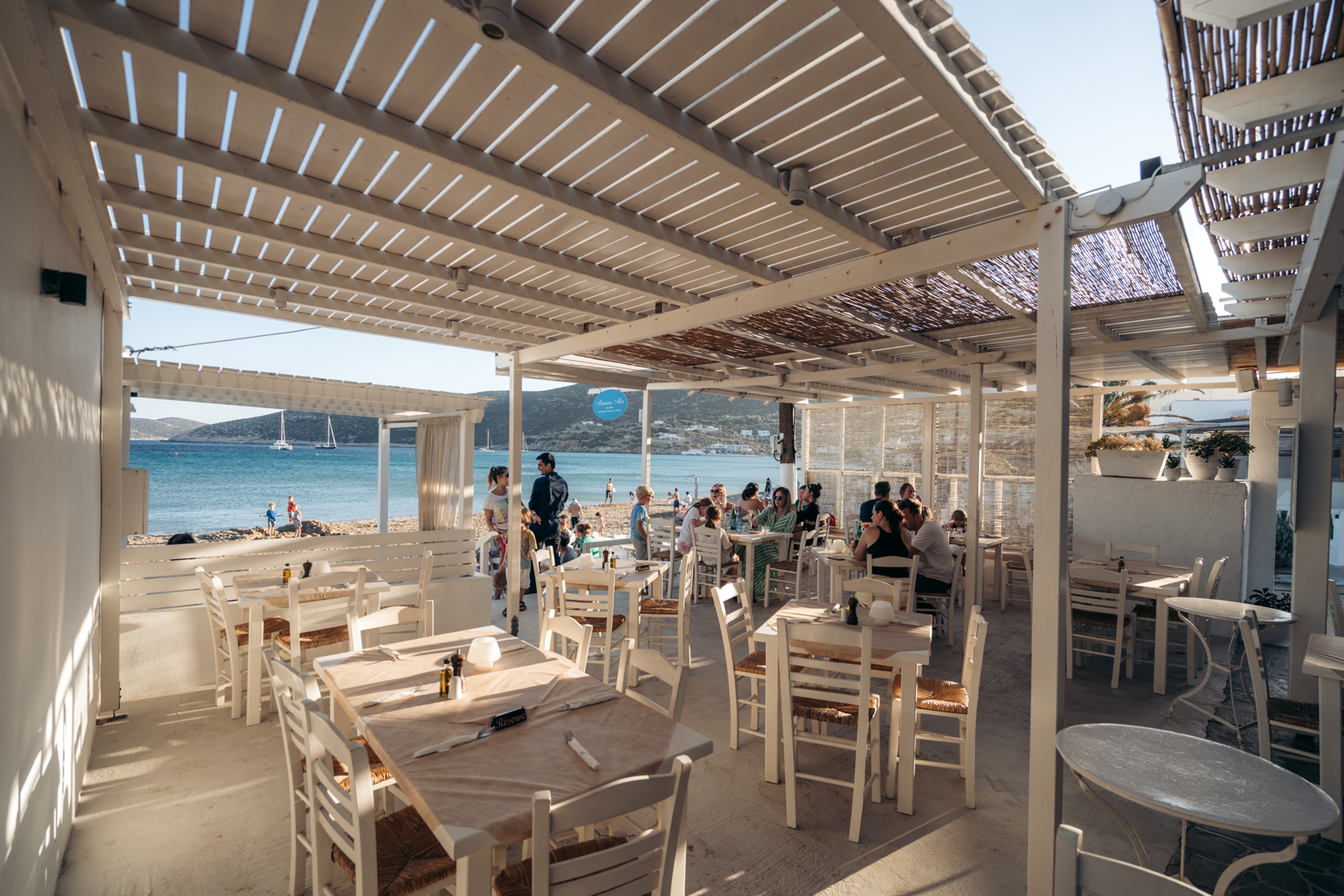 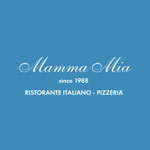 perfect day for a swim and a nice linguine al pesto

Mamma Mia was first opened on the beach of Platis Gialos in 1988 by Filippo Miano and his wife Loretta Pilla from Milan, Italy.  Today, both locations remains entirely in the family, with the menus directed by their son Pietro, who in the evenings can be found in the kitchen of Apollonia.  Their son Andrea offers a hand as well while caring for his own locales, Palmira and Maiolica on Platis Gialos.